Best Practices in the Forest 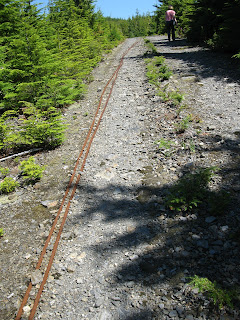 Forest stewardship, especially on mountainous terrain in BC, is complex. At every site, a whole array of biophysical factors comes into play and have to be considered. "Complex problems have simple, easy to understand, wrong answers."  If forests are being poorly managed and degraded, the simple solution is to develop a forest practices code that regulates everything in detail. Modern forestry started in Europe in an attempt to restore exploited forests. The Germans are established forestry schools in the late 1700s and are usually credited with starting modern forest management. The French tried to establish modern forest management, in the 1600s using a strict detailed forest code. The code was the brain child of a famous administrator called Colbert. The code did stop forest exploitation but it did little to advance forest management because it was too restrictive.

Best forest practices have to be encouraged by a whole infrastructure. Universities or schools to train foresters gave the Germans the early start. Most industries that produce quality products will also have technical training and trades certification for technicians and other workers. Extension services to give advice is another common means of improving stewardship of land in agriculture and forestry. Forest stewardship also needs the motivation to care for the forest. The motivation needs a broad perspective. A forest landscape is an environment with an internal population of plants and animals, that interacts with surrounding land and communities through water supply, fisheries, and economic activity. The forest may contain special scenery and be a place of recreation.  If those looking after the forest are just there for timber and the money it brings, little attention will be paid to other values. The attention has to be forced by parties who are interested in other values having to complain and make noises. Other interests may also propose restrictive practices codes are a solution.

British Columbia tried a regulated Forest Practices Code in the 1990s. Timber harvesting rights in most of BC's public forests had been allocated to forest corporations engaged in softwood lumber and paper pulp manufacture. The public and parties interested in other values were making noises that were called a "war in the woods". The solutions to end the "war in the woods" was more parks and protected areas and a detailed regulated forest practices code. The code proved cumbersome and restrictive and has been replaced with "results based system" in the last decade. Forest policy vacillated from strict to lax in the space of a few years.  The forest sector remains unhealthy because the BC Government will not deal with the heart of the problem.

The steward of BC's forest has been the logger. The BC logger is a hardened character that fights timber off of mountains. In the back of his mind is that there is an in-exhaustable supply of timber and enough wealth to avoid the "waste not, want not" concept.   If you look at the photo above you will see used steel wire rope dumped on this forest road after being pulled off a cable logging machine. Hundreds of meters of wire rope, about one inch diameter, can amount to tons of steel that could be recycled. Dumping used steel cable has been the practice for decades. The wire rope in the photo would have been dumped when the Forest Practices Code was in effect. Although the Code had enough details to fill a library, dumping wire rope was not covered. It demonstrates lack of care. The value of the steel in the rope is enough to cover cost of its recovery. The dumped cable often ends up in the road surface after it has been pulled from the logging machine by a vehicle. Over time the cable rusts and becomes stiff and nearly impossible to remove. Grading of the road in future, will rip and break strands of wire in the cable and vehicle tires will get ruined and deflated. The original logger exited with what he cared about; money.

The heart of the problem in BC's legal and institutional framework for forest management is the tenure system of timber harvesting rights. This is the legal facilitation of today's logger, the forest corporation. Forest stewardship in public forests covers piecemeal areas that forest corporations are harvesting and replanting. Timber interests are king and other values take the back seat. Since timber interests do not look ahead for the long term, the entire BC forest sector is presently on the side of the road fixing flat tires of its own making.

To encourage best forest practices BC's system of forest management should be founded on provision for stewardship of the forest rather than logging in the forest. The system of stewardship should be local and involve local people with a long term interest in their communities. The Local Forest Trust with professional managers and an elected board will provide a better base for good forest practices. A BC Forest Trust Assembly governed by delegates from local forest trusts could make available extension services and forest worker trades training and certification to help improve forest practices. Forest workers and contractors would be supervised by local forest trust professional with a broad stewardship perspective rather than by staff of corporate timber interests.

Posted by Andrew Mitchell at 3:07 PM