Clear cutting forests and a lack of imagination 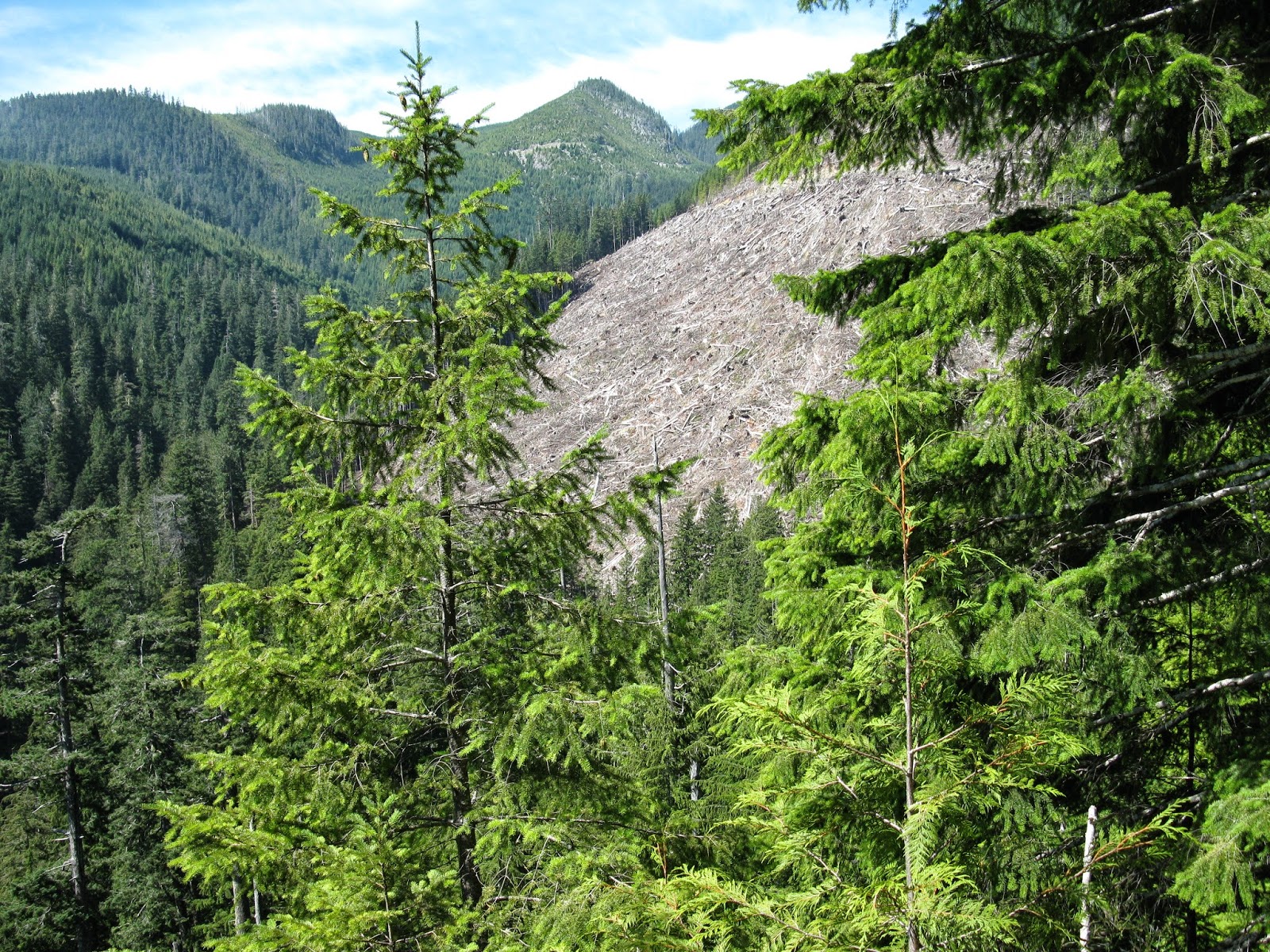 A clear cut is seen through some second growth forest on the hills or mountains of southern Vancouver Island. In the distance there are regenerated clear cuts and a few scraps of poor old growth on rocky mountain tops. The harvest in this vicinity is of more recent vintage because this is tougher terrain than the lower valleys where the cycle of old growth harvest commenced.

In the late 1960's, there was considerable old growth left in some lower valleys and mid slopes of mountains on southern Vancouver Island. A look at Google Earth reveals a sea of second growth forest. Although the second growth forests of Douglas Fir, Hemlock, Cedar etc. grow well in comparison to conifer forest elsewhere in the world, lost are the huge old growth trees that once stood in these places. Gone are the Douglas Fir and cedar trees that were four, six, ten or twelve feet in diameter. Even the crusty old time logger that wrestled these huge trees from these mountains would look at a two foot diameter, one hundred foot second growth tree trunk and call it a bean pole. The old logger can imagine these landscapes as they once were with their majestic trees. The young person cannot even imagine these landscapes as they once were. These places have been diminished. Harvesting of sixty year old second growth has taken place in some areas. Big trees may never grow here again.

While the total volume and usually quality of timber in old growth forests is much greater than the sixty or eighty year old forests, the old growth was not accumulating additional timber volume. Younger forests about eighty years old give peak average annual growth, so the idea was to harvest the old growth relatively quickly so that they would be replaced by young forests with higher average annual growth. This provided a good economic rationale for hogging through the high volume high quality old growth forests at a great rate.

The high volume old growth forests had enough value to enable roads and relatively expensive cable logging to be done on the relatively mountainous terrain of Vancouver island and elsewhere on the BC coast. A major economic problem has occurred in young forest economics. Although the average annual growth is high, there may not be sufficient volume at sixty or eighty years of age to cover the expense of harvest off the mountain. Some of the potential harvest from the young forests cannot be harvested.

The coastal forests are sending an economic message about increasing the rotation age and growing bigger trees. While conifer forests in most parts of the world do show relatively rapid decline in average growth after about 100 years, British Columbia's coastal rain forest species demonstrate good average growth for 200 years. Quality of wood usually improves with age so good utilization in the manufacture of the wood may yield greater value. Industrial forest management and its clear cutting myopia looks for maximum timber volume. The better measure is the value of product and employment that can be generated from a forest.

Forests can also generate income from non timber forest products and nature based enterprises. Also the forest has a great role in generating the public good of a quality environment. These other values will generally do better in a forest that is not completely given over to young forest tree farming.


Posted by Andrew Mitchell at 2:54 PM