Penthouse forestry is the notion of forests being run by accountants, lawyers and foresters from the top of some skyscraper office tower. These illustrious folk being far from the dirt of a real forest would inevitably screw up the forest. The man that first coined the negative notion of centralized and bureaucratic forestry was a forester who was central to the establishment of centralized industrial forest management in the public forests of British Columbia. The individual forester in BC only serves a system that permits little flexibility. Harvey Reginald  (HR) MacMillan was appointed the first Chief Forester of the British Columbia Forest Service in 1912. After WW1, he established a timber export company that helped to expand timber exports and the timber industry. After WW11, his company merged with another forest company to form MacMillan Bloedel Limited. The company acquired Tree farm Licence timber tenures and became the premier large blue chip coastal forest company.

Although he was one of the key authors, H R MacMillan felt powerless against the system of forest management in British Columbia. In his later years, when his company was still a major force in the BC economy, HR would go out to the forest and cry because forests with old growth trees in the first picture would be replaced by a succession of forest crops with wee young trees in the second picture below: 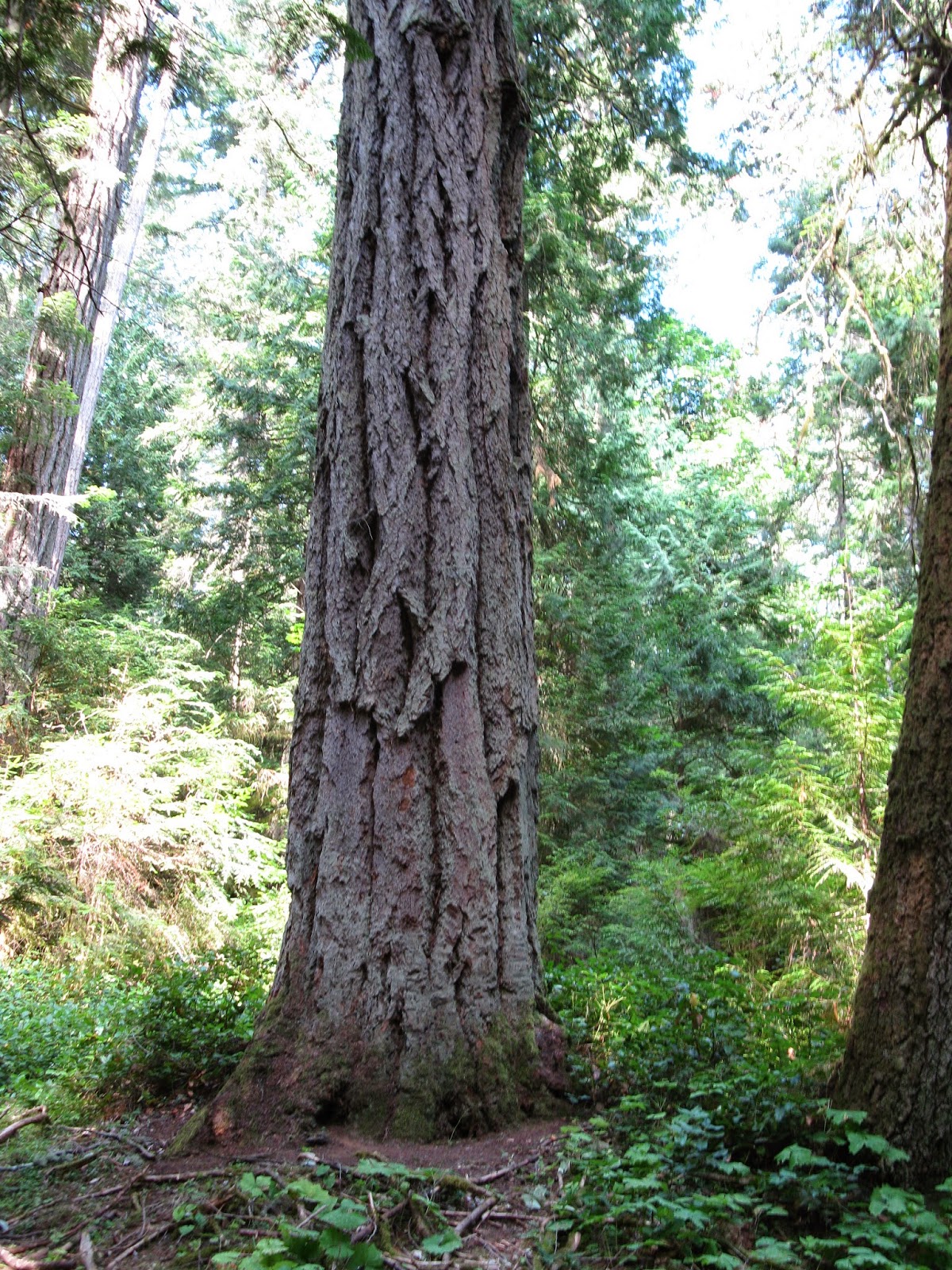 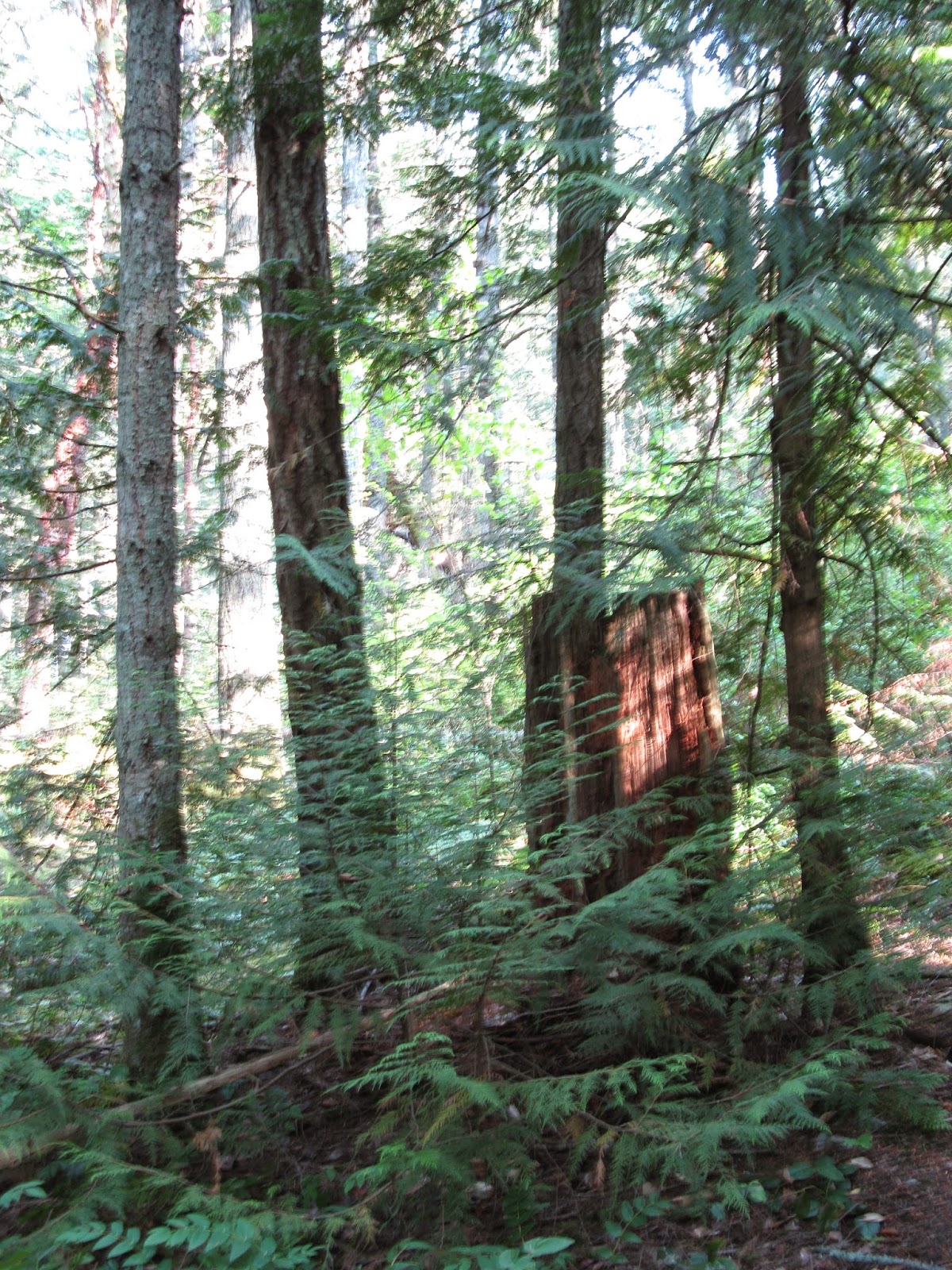 One of the ideas from the corporate and bureaucratic penthouse of half a century ago, was short rotations of young trees slated for harvest at fifty to eighty years old. The average annual growth to wood is at its maximum on these short rotations so the idea was a winner in the penthouse. Half a century later, the blue chip forest company giant MacMillan Bloedel is no more, and a straggling coastal forest industry is faced with harvesting relatively small trees. Harvesting trees and hauling them off the hills and mountains of coastal British Columbia is a costly affair. Many of the young forests that were supposed to be ready for harvest cannot be harvested because there is not sufficient volume and value of timber to pay the bills. Perhaps it could be said of the situation that nature is exerting a little common sense into the previous penthouse forestry ideas. The trees will remain growing and gain additional timber volume. Their value may increase even more because the later growth gives wood of better quality. 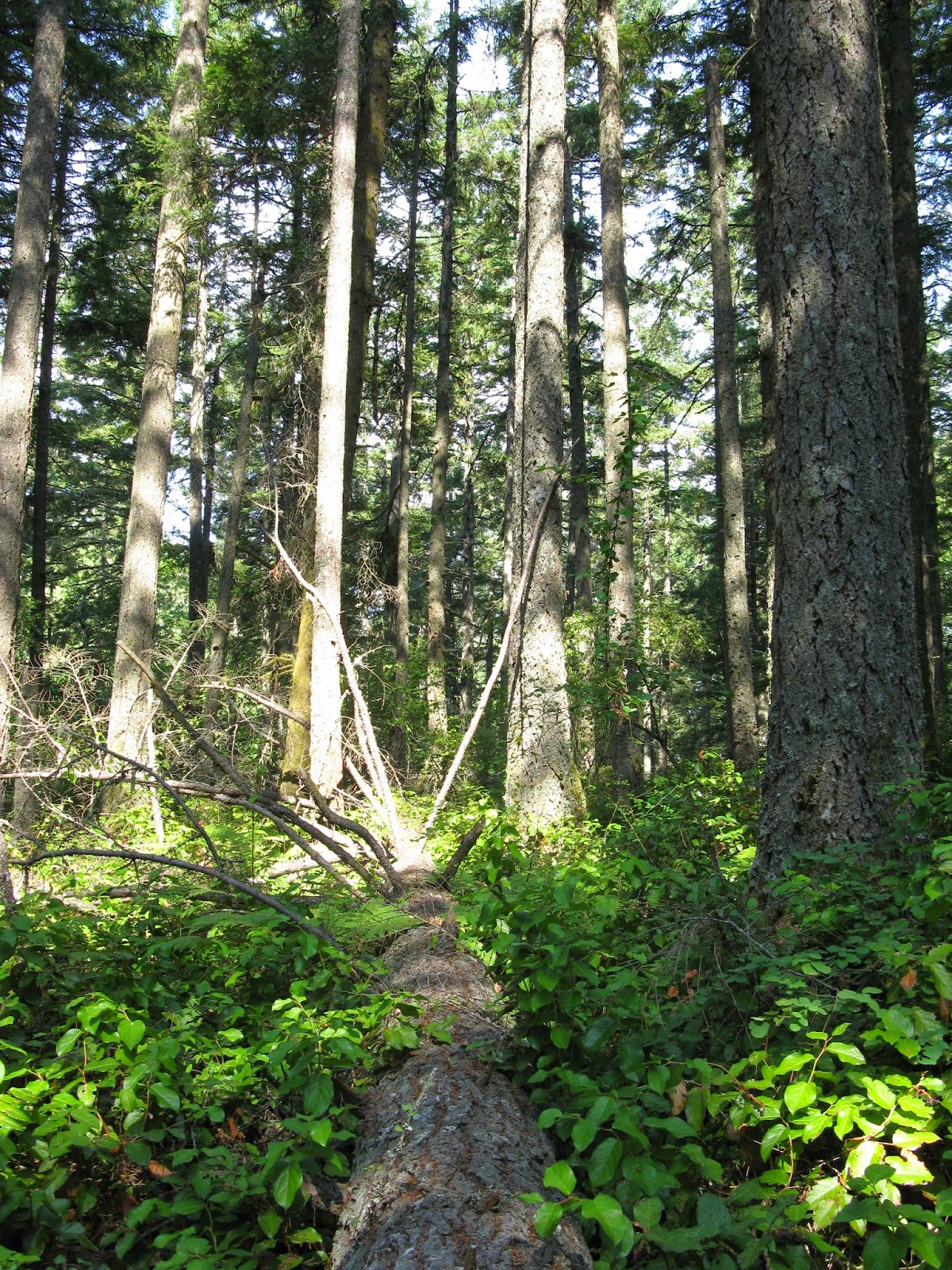 This is a Douglas Fir forest about 95 years old and the forest is approaching old growth characteristics. The stems or trunks of the trees are upwards of two feet in diameter and they will contain quality wood. Although the average annual growth may be slightly less than the seventy year old forest, the improved wood quality will more than make up. There will be enough volume to make harvest profitable.